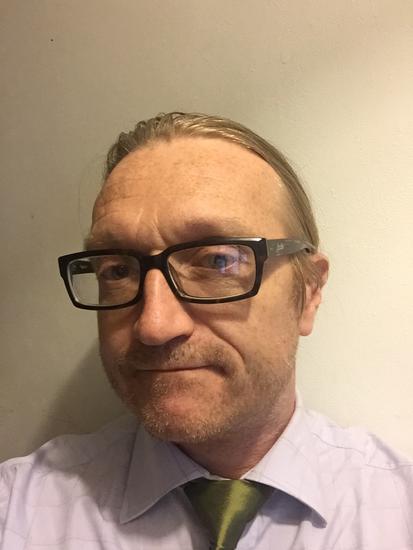 Experienced Head of Department, Head of Faculty and school lead. Over twenty five years experience successfully working across the Private, Public and currently the Third Sector.

EXPERIENCE IN THIRD SECTOR - 2014 to 2016
Four years in the Charity Sector - currently the Schools and Communities Director - For Jimmy Charity. Responsibility for devising and building the school and outreach programme, established a very successful team of 12 staff, securing over 500k in funding and now working with schools across London; including partnerships with Southbank, Royal Festival Hall, UNICEF, London MET and Youth United.

Managing and leading a succesfull team of twelve staff, I have developed  and launched the charities school programmes. Working with schools and colleges across London, running Social/Academic Interventions and Community Engagement programmes.

Partnership with Youth United and Voluntary Police Cadets. Collaboration with South Bank Centre and UNICEF bringing 150 schools from across the country.

During my five years with Prendergast I managed and led successful Humanities faculty. Redeveloping K3 & 4 Citizenship, RE and PHSE.

2010 to 2014,  established and led the award winning Young Citizens programme. In 2014 over 200 pupils were actiive Young Citizens within the school; Year 10 led a whole Borough Community & Safety campaign that involved the 15 Secondary Schools and 67 Primary Schools.

Geography Department results rose from 20% to 63%, subject uptake rose from 15 pupils to 90 pupils in the five years of my tenure.

Organised and funded Residential visits Scotland, Wales and across England. Established fieldwork, out of classroom teaching as the norm.
Embedded use of GPS, Google Earth, iPhones, IPads, Video, Photography, & PS3.

Organised and funded 12 residential trips across UK, and over 50 local/London visits.

OTHER RESPONSIBILITIES
PHSE and RE KS3 & KS4

Traded successfully for two years before selling on the business to Jones45.

Lecturer in Business, Strategy and IT

Experience : across London, one to one and small group mentoring; Blue Chip clients and lectures to classes of 100.

Developed KS3, KS4, A Level resources (used and shared as 'best practice' by local education authority and other schools).

Performed consolidation of financial statements for companies in complex groups, in accordance with the IFRS.

Tested the design and implementation of internal control systems in line with the International Standards on Auditing, including understanding and documenting clients accounting processes.

Assessed engagement and control risk including testing of controls.

Specialised towards the end in College and University audits in the Wales and the Marches.