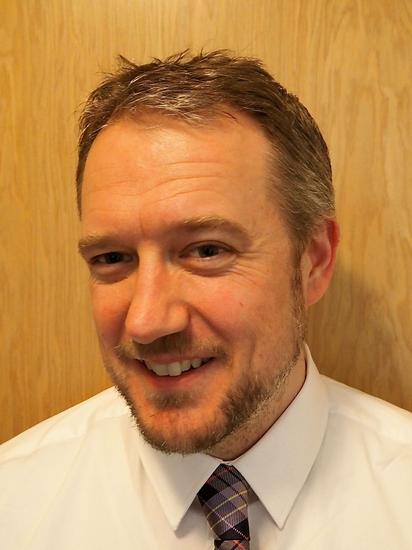 Program Manager with over 11 years experience of managing successful business unit & enterprise-wide implementations in the Financial sector.  A demonstrated track record of successfully leading multi-million dollar programs of work across multiple teams.  With a career spanning 25 years in the IT world, I have a long history of managing projects large and small.

In the last 6 years focused on large IT implementations for various Foreign Exchange (FX) Payment & Contactless use cases which are becoming increasing prevalent for Payment Networks and Financial Services.  I have recent experience in large Transit, Customer Loyalty & FX Currency payment solutions.

A skilled communicator, I am able to both summarise and articulate complex information to diverse audiences.  I am also a strong believer that work should be an enjoyable and challenging part of everybody's lives and I work to demonstrate this with my team and colleagues.

I am a well organised & effective professional, able to establish long-term, positive and honest relationships with clients, co-workers as well as external partners.  I always bring a well functioning level of structure to the programs and teams I work with and lead.

Have led a number of large IT programs for blue chip client at enterprise level in card payment industry.  Latest programs in contactless card acceptance in Transit as well as Customer Loyalty platform for use by partner banks on international card issuing network and a new FX currency ordering platform to name a few.

Have led Business Unit wide program for FX International Payments via the SWIFT bank to bank network for multiple regional teams as part of a global rollout.  Managing the internal stakeholder teams as well as being the co-ordinator for technical implementation with multiple counter-party bank partners and a strategic "Service Bureau" vendor implementation as part of this time critical program.

Am able to use different project and program management tools including enterprise level (eg. CA-Clarity, MS-Project, Asana & various web based alternatives).  Also have experience from previous iterations of PMW, Open Workbench etc.  More recently using Agile based tools such as CA Rally for Feature based delivery.

Have managed a number of projects and programs with a mix of resourcing types and across multiple geographic locations.  I have managed multiple vendor teams with onshore/offshore work allocation models.

Have managed multiple IT projects of varying size and duration in a matrix delivery environment requiring close resource planning and project delivery milestone planning within various SDLC methodologies.  I have also led large Testing across complex end to end system and operational processes, including extensive beta-pre launch validation to ensure the best customer experience of the new product.

Have led all IT projects for various business units in multi-national enterprise, including those with Joint Venture partners and multiple vendor providers.

Led IT projects across the enterprise.  13 years permanent experience with American Express, spent initially in Operations and then in Technologies.  Worked on various IT projects for proprietary business then moving to focus on Technologies supporting the Global Network.

To perform the role of a major stakeholder in the Agile Release Train as part of Agile Software Development.

2016-2017 Business Program Manager for a key Business Unit integration between an FX global platform and the SWIFT payments network for international FX payments.  The program manager role required management of internal stakeholder across the enterprise to support successful implementation of this key initiative, but also to co-ordinate and manage resources engaged with the external banking and vendor partners to successfully integrate with the SWIFT network.

2015 I was IT Project Manager for testing and implementing a brand new FX currency order system which can be easily customised for various implementation models (eg Co-Brand or White Label). The project teams involved both internally to the enterprise and externally for customer payment and order fulfilment made this a challenging set of project deliveries to manage. This included preparing the new system for setup with the first partner organisations alongside the internal testing and deployment planning for the system itself.

2013-2014 I was IT Program Manager for developing a "CustomRewards" Loyalty platform.  Developed with support from a number of  separate vendors, the platform is a white-label solution offered to Network Bank Partners to support their Card Issuing portfolio's loyalty application.  The development was a multi-year, multi-million dollar IT investment.

2010-2013 IT Program Manager for ExpressPay Transit which includes many Proprietary (inhouse) and Network system updates as well as the emerging use of contactless payment technologies alongside new merchant transaction and policy models that contactless use in Transit requires.  I have worked remotely supporting the IT team in UK (I have been based in Stockholm, Sweden attending face to face sessions in UK or elsewhere as needed). The role demanded a wide-scope support for the business teams involved and supporting enterprise wide changes to support this key initiative.  Steering Committee representation of IT and closely supporting business development and policy teams.

The IT Program Manager role from Q3, 2010 leading the AET changes to core systems in 3 staged releases (referred to as Release 1, 2a and 2b) performing the End to End role in AET for these multi-million 2010-2013 SQP changes.

Alongside the above AET core-system changes, there are also a number of AXP integrations with 3rd parties (Transit Merchants and Transit Integrators) that I led the IT team providing consultancy, testing and implementation of specific interfaces to the network.  I have been leading these AET integration projects within one matrix team whilst also performing the End to End Program Manager role in the IT group. This split role is sometimes required to ensure all project deliveries are maintained to support the core requirements.

2008-2009 I managed the Euro currency conversion IT program for the Slovakia market whilst they were being acquired by Proprietary and issuing Network cards.  This required managing of multiple teams with some varying deployment dates for changes based on compliance as well as business deal with the partner.

2008 I have represented the Network Technology team in a project supporting Saudi based joint-owned subsidiary with their network related hardware migration.  This required liasing with the 3rd party tech teams involved and managing all Network support from US and European support teams.

2007 I have represented the Global Network Tech team at joint-venture partner assessments for acquiring and issuing vendor selection in the Middle East.

2005-2006 I led all IT projects for the Joint Venture acquiring and issuing partners and also for a Stratus hardware migration in Switzerland as well as an Issuer data-firewall, both large projects requiring multiple tech team support.

I managed the migration of Danish merchant processing from a proprietary to a network based process for the new local market acquirer including mass migration of merchant records from the in-house AR platform to the Acquirer's database/system.

I have represented Network Tech in Norway acquiring partner reviews & acquiring projects and Norway issuing projects with the related Processor including Norway use of online cardholder self-servicing online.

2000-2001 I managed the AET teams supporting Merchant Disputes processing EMEA Task Force, especially for Audit Map management and closure for Proprietary handling in the new dispute case handling platform that required VP-sponsored intervention over a 9 month period.  I provided AET PM of all initiatives reporting to the VP and EMEA Task Force.

1999-2000 I managed the AET project to implement Global Pricing for Proprietary EMEA and LAC markets.  This was a new merchant pricing policy that required extensive changes to AR platforms and associated financial processing.

1996-1998 Other Merchant acceptance projects including Network acquiring and Proprietary acquiring on the Bank Network and within a Joint Venture model.

I enjoy various activities when time allows from being married and a proud father of twin sons who have recently become teenagers.  These interests include Cinema, Architecture and Property Renovation, Travel, Eating Out, Mobile computing. I also enjoy keeping fit at the gym and playing some racquet sports.