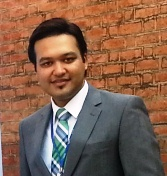 Learned Data Science Professional offering over 7 years of experience driving business intelligence, technology implementation & analytics through research and data science tools & techniques. Have working knowledge of the application of data science concepts across industries like Healthcare, Media, Education, E-Governance, and Retail. Exposure to various univariate & multivariate techniques like regression, clustering, classification and market basket analysis. First in India to acquire global analytic certifications like CAP and GStat. More than 50 publications at both national and international forums. Currently,  advising various organizations on data science and working as CAP Ambassador - Asia region for INFORMS, USA. Have experience of managing teams of up to 50 persons.

Serving as a key member of the data science team for selecting the tools/techniques to be applied for problem-solving and project delivery. Executed projects for clients like Health Ministry of India, AIIMS & Safdarjung Hospital, NDPL, Royal Sundaram, and Ask Me Bazaar. Traveled to USA for presenting a research paper & solution to stakeholders.

Problem Statement: Regional Authorities in India were looking forward to the allocation of centers used to serve ICT demands of a rural region. For this an optimum model was to be prepared based on region’s geographic location.

Context: A total of 180 villages across 4 Indian states were given where people don’t have access to basic ICT infrastructure; so authorities plan to open ICT centers whose objective is to maximize population coverage and minimize cost & time of travel.

Solution Summary: Defined the problem using operation research modeling technique; Used the Advanced Clustering technique using Fuzzy Computing to derive the location of centers; Used evolutionary algorithm to optimize the location derived from clustering. Reduced the cost of travel and time of travel by 17% as compared to the random allocation and other existing schemes of location-allocation.

Generation of Rules for Click pattern occurring for an advertisement agency

Problem Statement: An Advertisement Agency wanted to understand the click patterns on digital banners placed by them at relevant digital positions.

Context: A total of 10 lacs click data to be mined for patterns; Incorrect position of banner ads for digital marketing leads to substantial revenue loss. The objective of the agency was to understand click patterns based on the Maximum accuracy rate and Minimum error rate.

Solution Summary: Divided the data into the training set and test set in the ratio of 80:20; Used the CHAID decision tree in order to generate and understand various rules for clicks and non-clicks; Used classification matrix to analysis the rules generated through the tree. The rules developed for clicks through training set produced an accuracy of more than 80% for the test data; Various features for device and network connections were used for the rules generation, which agency was used for correct banner positioning.

Recommending the products based on the user profile for online retailer

Context: A total of 5 lac of transactions to be mined for recommender system; Pilot study for one category of product from entertainment zone i.e. movies; The objective of the company was to analyze the transactions to find the closest users based on transactions and recommend an appropriate product to similar users.

Solution Summary: Divided the data into the training set and test set in the ratio of 80:20; Used association rule mining using collaborative filtering in order to understand various similarities in users; Suggest products to similar users based on their purchase behavior in past. Company sales and product hit increased by 8% after switching to a collaborative filtering based recommender system and User characteristics also helped the company to prepare offer plans to be given to the customers.

Finding out the cut off values for clinical parameters

Problem Statement: A medical diagnosis lab (under the supervision of medical practitioners) wanted to derive cut off value for a specific type of medical test amongst the patients so that cross verification of the results can be done through other parameters too.

Context: A total of 5000 patient datasets to be analyzed for appropriate cut-off value derivation; Current medical test was too costly for patients to get it done in a routine, so the lab worked on other cheaper medical tests to find a cut off value which can help in predicting a disease at a lower cost.

Solution Summary: ROC curve and the Youden index were used to analyze the data; Sensitivity and Specificity were the parameters used for accuracy. The cut-off values were determined with an accuracy of 75% for other medical tests; Patients were first advised to go for cheaper test and if the alarming situation was found, the costlier tests were recommended.