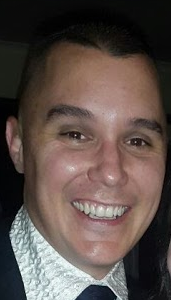 Jakes has the energy, passion and relentless ambition needed to ensure that positive project and service delivery  outcomes are achieved within the parameters of time, cost, scope, risk and benefits. He has a hybrid of skill sets as well as extensive technical ability and knowledge regarding all current IT technologies being used. He has a vast experience of managing expectation and providing excellent customer service. He will always take ownership of any problems that arise. As a true professional he can act as a bridge between the IT department and other sections of the business. His greatest strength is his ability to continually raise the bar in anything he does. Furthermore he possesses a forward thinking mind-set to build professional relationships and focus on the Business Values.  On a personal level he is friendly, willing to help, but always highly professional and has a positive “can do” approach as well as a flair of thinking on his feet.

A professional member of the Project Management Institute. Member ID 4445437

Oversee the management of all incidents, requests and problems to ensure minimal business impact. This will include the Altiris 7.5 suite aswell as Microsoft SCSM.

Design, implementations and administration of Airwatch, Blackberry Enterprise Server, 5, 10, 12 and Good for Enterprise

Excellent people skills with the ability to build strong working relationships. Ability to work with people at varying levels within the organization.

The ability to receive, offer and process critical feedback in a positive way, and to explain or defend work when appropriate.  The Ability to do the preparation and presentation of clear and concise reports in both oral and written form; and the ability facilitate communication within teams.

Providing excellent service to customers as the primary focus of one's actions, achieved through development and sustained productive relationships.

Setting high standards of performance for self and others, assumes responsibility and accountability for successfully completing assignments or tasks, and self-imposes standards of excellence.

Demonstrated ability to use the principles and practices of project and program management including, but not limited to: knowledge of operating systems and the capabilities and limitations of hardware, computer application development, business strategies, group facilitation, change management processes, and established standards for risk management

The ability to lead, motivate, and mentor teams and resolve conflicts

Interacting and communicating withe others in a way that gives them confidence in one's intentions and those of Glencore.

Ability to comprehend, analyze, and interpret organizational and procedural problems and recommend solutions.

Scripting to automated necessary task through use of power-shell and VB.

Modernize of the IT Service Desk

Migrated of all Servers over to the new AnyAccess Domain

Revamp of all Boardrooms in Glencore Coal Group

Secure Printing and integration to SharePoint

Network / IT consolidation at Melrose Arch between the 1st floor (Old Xstrata) and 3rd floor (Glencore).

I am currently the IT Service Delivery Manager for Glencore South Africa and accountable for conceptualizing the IT service delivery strategy. My main goal is to create and sustain a service orientated culture by introducing and deploying of new services and ensuring continuous improvement of current service. This will include the liaising and collaborating closely with various internal and external stakeholders as well as monitoring services delivered.

• Partner with Service Owners and IT Leads to create and maintain a holistic view of Technology Services activities to ensure effective delivery, management and improvement of services that align to and meet Application LOB needs.

• Monitoring and reporting on the performance of services through Key Performance Indicators (KPI) and metrics, including participation in requirements gathering for the development of scorecards and dashboards.

• Drive and contribute to the vision, strategy, planning and rollout of the IT Service Management Service Delivery capability.

• Complete of IT Budget for Service Delivery Department.

• Develop, train and mature the IT Service Delivery Team for Glencore South Africa. (Team size of 60)

I am currently performing a dual role.

From a User Support Manager point of view I am responsible for the management, planning and delivery of on-site IT Management for Glencore South Africa. This will include liaising with local or global project teams to provide support and information on local applications, local infrastructure, third parties and third party interfaces for the delivery of the IT organization’s process improvement and change initiatives.  Working with cross-functional teams to design, develop and integrate standard ITSM processes and procedures utilizing best practices and the ITIL framework. I am also managing two technicians (Service Desk, Desktop, Security and Infrastructure Operations ) that includes two data center's. This will also include the VIP Support for our Executive teams.

From a Project Manager point of view I am responsible for ensuring consistency of service delivery and identifying opportunities for developing both the quality of profitability of the the services. In charge of providing the Project Management for delivery of the IT solutions that require deliverables from teams across the organisation and with 3rd party vendors.

Responsible for the technical design, planning, implementation, and the highest level of performance tuning and recovery procedures for mission critical enterprise systems. Serves as a technical expert in the area of system administration for complex operating systems and network infrastructure. Recommends the redesign and configuration of operating systems and system applications. Investigates and analyzes feasibility of system requirements and develops system specifications. Identifies methods, solutions, and provides project leadership and management in order to provide a high level of service to the customers of the department. Performs full supervision of Operations staff.

Responsible for the smooth running of the computer, server and data center environments at Sasol and ensuring users get maximum benefits from them. Individual tasks  include installing and configuring computer  and server hardware operating systems and applications;