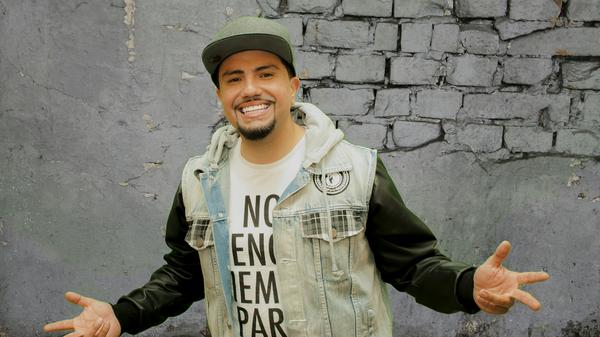 Since his beginnings deejaying at house parties, birthdays, weddings, and nightclubs from the age of 15, Crisco Kidd has become one of the most recognized deejay's and on-air personalities in both the radio and music industries nationally and worldwide.

Crisco Kidd started his radio career in 1999 on Houston's 100.7 House Party. During his stint there, Crisco hosted events at many of the clubs in the city and deejayed parties in Cancun during the Texas Summer Breaks. In 2001, he was offered another position at KTHT Hot 97.1 doing weekends, night show stunts and mixing, a position he accepted. He became renowned for the way he put his personal stamp on club nights across the city and audiences relished the way he had fun doing it.

In 2003, he made the move to nights/mixshow coordinator in Albuquerque, NM at KKSS Kiss 97.3. His show was an immediate success, finally giving the city and state a voice and a radio personality they could identify with, and felt they knew. Anything his name was attached to was a success. This included fundraisers, mix-tapes and too many parties to name!

The diagnosis of Testicular Cancer in September of 2004 brought Crisco's radio reign and party life to a crashing halt and instead threw him into a world of surgery and Chemo Therapy. With the incredible support of his family and friends and the unforgettable love of his listeners, Crisco Kidd was able to recover and bounce back with a renewed vigor and purpose and was given the title "People's Champ!" Continuing right where he left off, on top, Crisco Kidd took the radio/music game to a whole new level in New Mexico, including winning Bumsquad DJ's - Southwest DJ of the year title and hit a 30 share in Arbitron ratings.

In 2005, Crisco Kidd accepted the offer to return to the station where it all started... KPTY Party 104.9 and later, Party 93.3. 2005 through 2009 was very successful for both the Crisco Kidd and his show, The Crisco Kidd Block Party. His bout with illness and his charitable heart made him want to get involved with and give back to the community in a meaningful way and as much as he could... from December of 2006 through 2008, he organized and hosted Crisco Kidd's Ton of Toys Drive - where he camped out in front of WalMart for 104.9/93.3 hours or until he collected a ton of toys, literally. With the help of local artists and celebrities, station listeners and people in the city, he collected over 2,000 pounds of toys for the Boys & Girls Club of the Greater Houston Area, La Rosa Family services and The Texas Children's Assessment Center! In addition to the Locs of Love Hair Drive he hosted in 2004 and in which he donated 19" of his own hair, he held another hair drive in Nov. 2008 to benefit the Pantene Pro-V Beautiful Lengths Foundation and once again, donated another 11" of his own hair.

His outstanding radio performance, leadership within the dj/music industry and commitment to helping the community has opened all kinds of new doors and given him so many opportunities to not only himself but for countless artists to date. He was nominated for 2006 Southwest Dj of the Year at Mixshow Power Summit and also Nominated for Rookie of the Year for 2006 Justo Mixtape Awards. He's been featured on BET's Beef series (which still airs on the FUSE network), in numerous music videos and featured in many print and online magazines and this is to just name a few. And it doesn't stop there; in 2009, Crisco took his show and what he does in a club International, djaying clubs Amsterdam/Rotterdam, Malaysia and Thailand. But the greatest achievement Crisco is proud of is being recognized by the city he loves so much and given his own day. April 26, in Houston, TX, is now known as "Crisco Kidd's Community Care Day", a day based around the principle of Houstonians helping out others no matter how great or small the help may be.

Moving back to Albuquerque in July of 2009 and launching KAGM Power 106, the Crisco Kidd Block Party dominated the airwaves again and went number one in it's first Arbitron rated book! After a successful run in both Night and Afternoon time slots, he decided it was time for more.

2011, Crisco Kidd made the move to Los Angeles, CA to further his dj career and to pursue other opportunities. He partnered with DJcity to create DJcity TV, helped create the Young California movement (one of the country's leading network of DJs, tastemakers & influencers in the Westcoast), has produced edits/remixes and original music in his own The Block Party studios located in Studio City, held the #1 rated night show on Q104.7 from February 2012 to March 2015, joined Cricket's STSA brand ambassador campaign, book musical guests for Playboy Radio/Tv's morning show, and more recently, partnered with H&M communications to organize multi-cultural movie promotion strategies.

In March of 2015, Crisco Kidd was presented with an opportunity to expand his brand and move back to Texas and join Cumulus Media at Dallas' new Hot 93.3 and also became the Dallas Key Account Manager for Team Hennessy Latino, the spirit industry's leading influencer program.

2016 would present Crisco with an opportunity to join heritage Hip-Hop station, KKFR Power 98.3, as morning show host. Since his arrival, his work ethic and drive has landed him many endorsement opportunities and his drive to help the local community has caught the attention of not only listeners but, local leaders. In addition to Phoenix, the Crisco Kidd Block Party can now be heard weekends on SiriusXM Pitbull's Globalization, DASH radio, Powerhits281.com,  and Gecko Bros Radio, giving him an estimated 4 million weekly impressions and growing!

The Crisco Kidd Block Party can be heard weekday afternoons, 3-7pm, on Phoenix's heritage Hip-Hop station, Power 98.3 and 96.1 for the East Valley.

As the creator and host of the Crisco Kidd Block Party, for over a decade, he has worked with the likes of Pitbull, Jay-Z, LMFAO, 2 Chainz, Baby Bash, 50 Cent, Ty Dolla $ign, Common and has been featured or hosted shows on NBC, MTV, MTV Tr3s, BET, FUSE and most recently the CW Network plus, a multitude of online platforms.

Having been an influential voice and award-winning talent in Houston, Albuquerque and So-Cal, Dallas and now resides in Dallas, TX and has brought his well-respected 'Block Party' brand to Power 98.3, along with his weekend syndicated mixshow, giving him a weekly reach of 4 million and growing.

One of the most notable accomplishments was growing sales up to 300% in venues across Dallas/Ft. Worth.

To help create, organize and implement movie promotion strategies utilizing personal and business relationships with some of the worlds biggest personalities across a multitude of social media platforms, i.e, Youtube, Instagram & Vine.

In the past year, Blacklight Run and Foamglow have become two of the biggest 5K runs in the U.S. With an average attendance of 12,000 every weekend,  these parties have been recently voted as one of the top 10 to attend weekly!

DJcity TV is DJcity.com's new source for online insight into the DJ world through video, music and more. DJcity TV features exclusive interviews with relevant figures in music and DJ culture, while also showcasing footage of notable events to viewers across the globe. From concept to creation of the music you love (or hate) to the people responsible for the today's lifestyle trends, DJcity TV is where artists, DJs, producers, techies, software enthusiasts and those who embrace the lifestyle meet. DJcity TV's vision is to continually promote positivity and growth within the DJ community and to visually bridge the gap between you and your interests.

The new Hot 93.3 is Dallas/Ft. Worth's newest Top40/Pop radio station in the metroplex launching in January 2015.

In 2013, Crisco was asked to join Aio Wireless' brand ambassador program which later evolved in to Cricket Wireless' #STSA aka Something To Smile About campaign, which also includes other personalities, tastemakers and artists such as  Queen Latifa & Pitbull and skater, Paul Rodriguez.

Throughout my time with at Q, I also helped Brian Davis (Big Bear) with needed programming assisting and music responsibilities.

After the completion of the first full book (FALL 2009), The Crisco Kidd Block Party & the 7p-Mid time slot are NUMBER ONE in the city, beating out the heritage rhythmic station KKSS! In addition to on-air shift, I also held down APD and MD responsibilities under PD Eddie Go!

Started at nights in July of 2005 at KPTY Party 104.9 and was promoted to Assistant Program Director/Music Director and afternoons by Cindy Hill with the signal switch to Party 93.3.

Since 2001, I have owned and successfully operated my own promotions and marketing companies and collaborated with others. Each year, as new platforms emerge, myself and my companies have eveolved and fully understand what it takes to be effective in each medium. From traditional to non-traditional media, through personal expercience a team across the country skilled in strategic partnerships, we are more than capable to not only create but, implement effective strategies for clients.

Starting as an intern for various record labels, I learned the importance of street team and grassroots campaigns which is still used to this day. Enter 2017, while most companies seem to neglect the basics, we hold true to them and have built a powerful network across the country utelizing my relationships with radio, TV and social personalities and companies.

I am currently working with and skilled in Final Cut and iMovie. Although my personal skills my not be a 10, my visual team is and have produced music videos, tv commercials and more for some of the industry's leading faces and voices.

I've been a part of social media since the beginning of what we now know as "social media."  I have a solid network of web/art/graphic designers, video/webisode producers, publicist and most importantly other tastemakers and influencers who have networks of their own.

With over 18 years in radio and 20 years djaying; clubs, events, parties, etc., are all second nature, no matter the client or event.

I am currently working with the following programs: Adobe Audition and Ableton.

I am familiar with the industry's leading automation programs and can opperate almost any.

BEAST. That is all.

As APD/MD off and on since 2007, I am efficient in two of the standards in music scheduling.

Double concentration in Public Relations and Advertising with a Minor in Business Marketing.