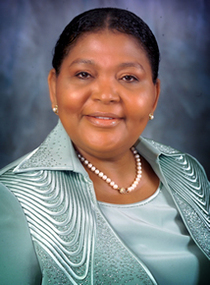 An entrepreneur and executive with more than three decades of experience in finance, transportation, and other fields, Cecilia Ibru currently works with the Michael and Cecilia Foundation, a Nigeria-based nonprofit she founded with her husband. With an impressive professional background, Ms. Ibru set the stage for her career while an undergraduate sociology major at London University. An exceptional student, Cecilia Ibru earned her Bachelor of Science with honors from London University before enrolling in graduate coursework at North East London University, where she continued to build on her academic achievements in the humanities. Following the conferral of her Master of Philosophy from North East London University and Certificate of Eligibility from the Council of Legal Education London, Ms. Ibru went on to launch a successful career in Nigeria, where she amassed a number of notable achievements in the financial sector.After several years in various positions with the Ibru Organization, Cecilia Ibru ascended to the role of Chief Executive Officer and Managing Director of Oceanic Bank International Plc, beginning a lengthy tenure with the major banking firm. Over the next decade, Ms. Ibru helped turn Oceanic Bank from a small, regional business into an international, publicly traded corporation with substantial reach. As a strong testament to her performance, Cecilia Ibru was named a Fellow of the Chartered Institute of Bankers of Nigeria. Additionally, she earned induction into the Nigerian Women Hall of Fame and joined the Board of Trustees of the United Nations Development Fund for Women.Today, Cecilia Ibru devotes her time and energy to supporting the philanthropic endeavors of the Michael and Ceclia Foundation. The nonprofit focuses its efforts on education, healthcare, and social services. Among the many outreach initiatives sponsored by the organization is a disease prevention campaign that provides information regarding the prevention of diseases such as HIV/AIDS, hepatitis, malaria, and tuberculosis, among others, as well as pre- and post-test counseling services to individuals who undergo testing for one of these diseases.